A creative and environmentally friendly solution to a challenge

Due to expansion of their business, Dane Group was approaching the limits of the local electricity grid to supply their required power demand. An upgrade to the local network was possible, at a cost but, with the help of some creative thinking and the BEEP team, the business cut their energy usage, and electricity bills instead.

Although much of Dane’s lighting had already been converted to superior, more efficient LEDs, some areas were still lit by halogen high bay fittings. To rectify this, Dane hired local contractor P&L Electrical to install LEDs in the remaining areas.

The new lighting is expected to reduce electricity bills by over £5,000, lower carbon emissions by 9.5 tonnes and decrease the power demand to the site by 14kW. (Staff were also impressed at the quality of the light, commenting that they now need to wear sunglasses to work). 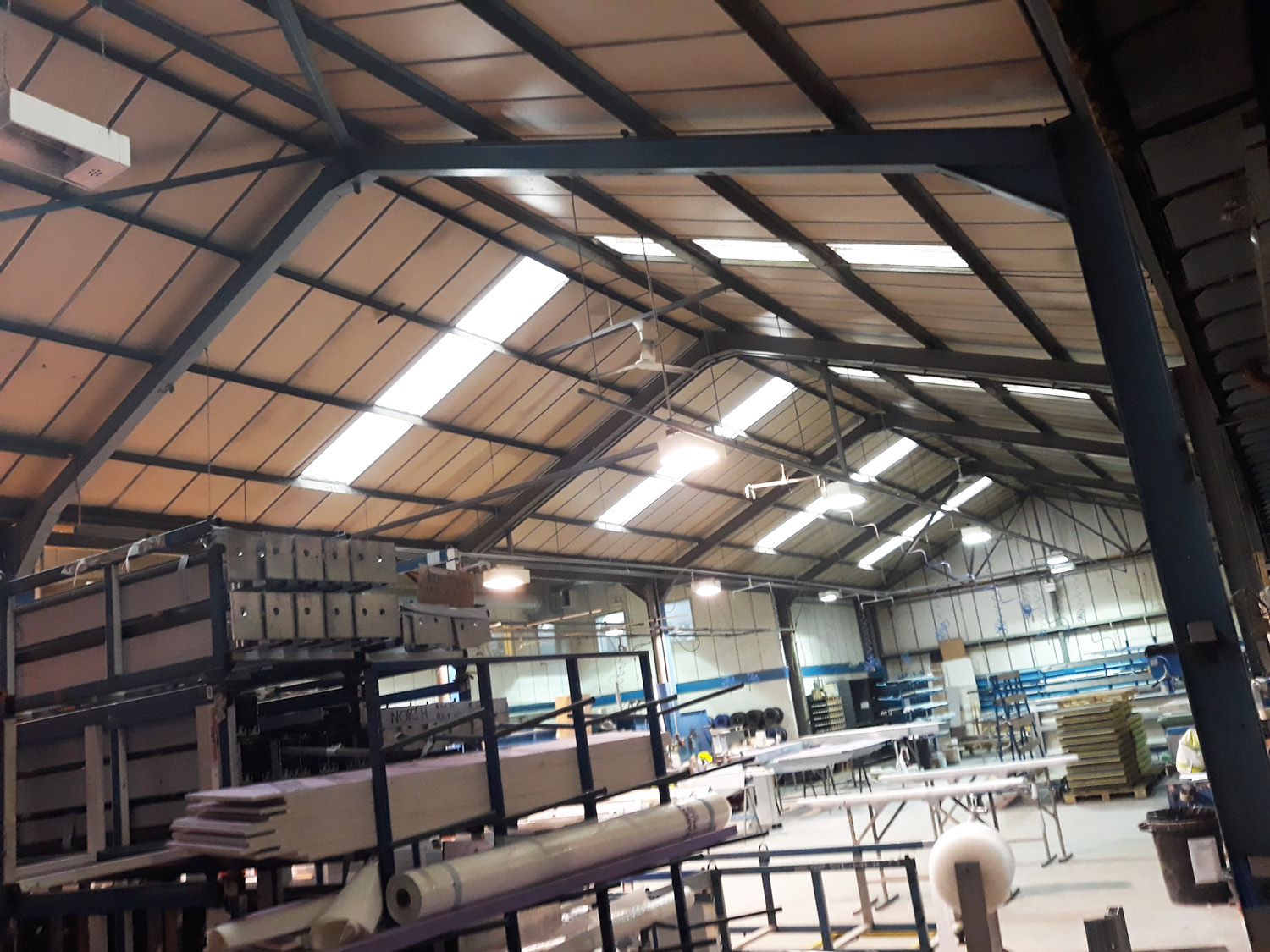 In addition, Dane also installed 113 kW of solar panels on 3 roofs at their site through another North East based contractor, Engenera. These solar panels will reduce offset enough electricity from the National Grid to save 25 tonnes of CO2, generating a saving of £8,000 on their electricity bills in the first year alone.

The reduction in power demand, although variable due to the intermittent nature of solar, has been sufficient to give the company some large reductions in their energy bills and avoid the need for a grid upgrade. They have also contributed approximately 35 tonnes of CO2 saving towards to the Net Zero target of the County.